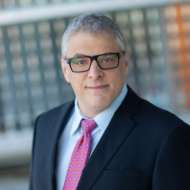 This user has not added any information to their profile yet.

One of America’s foremost authorities on psychedelics law as well as a founding member of the Psychedelic Bar Association and chair of its Legalization and Regulation Committee, Gary Smith advises companies and organizations around the country on drug laws and treaties, application of federal acts, public initiatives and religion.
General counsel to the nation’s oldest multi-racial peyote church and legal consultant in numerous cases, he devotes significant time and effort advocating and rallying support for the proposed Uniform Plant and Fungi Medicine Act.
A prolific writer, Gary wrote Psychedelica Lex, the preeminent legal manual for individuals and organizations with an interest in psychedelics and entheogens. He expands on many of the book’s themes in his popular Psychedelica Lex podcast, bringing on some of the leading figures in the field for engaging conversations.
Gary, who regularly contributes articles on psychedelics to media outlets around the country, also built a successful cannabis and hemp practice at Guidant Law in Phoenix, Arizona. In addition to representing dispensary owners, growers and investors in multi-million-dollar litigation and receivership disputes, he co-founded and is president of the Arizona Cannabis Bar Association, and serves on the board of directors for the Arizona Cannabis Chamber of Commerce.

As represented by my numerous publications, seminars, and podcast, I embrace the concept of paying it forward, by openly sharing my knowledge and encouraging others to share theirs.

Psychedelic substances are largely illegal in the United States under federal and/or state laws.  Manufacturing, supplying, possessing, or using psychedelics may be punishable by imprisonment and/or fines.  The Psychedelic Bar Association does not encourage or condone such activities where they are against the law.  The content on this website does not constitute legal advice and should not be relied upon as legal advice by any person.